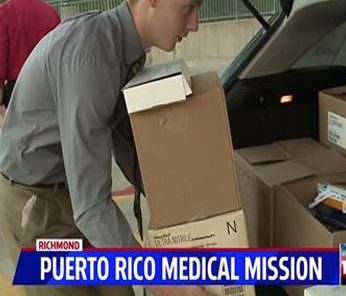 President Donald Trump visited today for the first time to check in on the relief efforts, which some Puerto Ricans say has been so slow it’s frustrating because people are dying.

“It’s sad,” said Dr. Sara Diaz-Valentin, a Puerto Rico-born surgeon who lives in Indianapolis. “These are American citizens that are suffering. It’s going to get better and we know that, but in the meantime, I mean, there’s been lives that have been lost because of that.”

With most of the island still without power, simple things like refrigerating insulin have become difficult. Delays in shipments of medicine mean some clinics and hospitals have no antibiotics or even bandages… SEE MORE