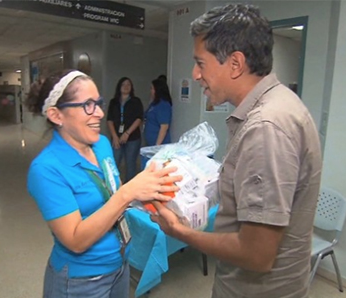 After Hurricane Harvey flooded her city of Houston in August, Jennifer McQuade planned to donate socks.

Instead, surprised by the lack of medical care at a nearby shelter, McQuade, an oncologist, became the unofficial leader of a group of physicians and mothers providing emergency aid at the George R. Brown Convention Center in Houston.

Get News From Puerto Rico Rise Up in your inbox!

You have Successfully Subscribed!