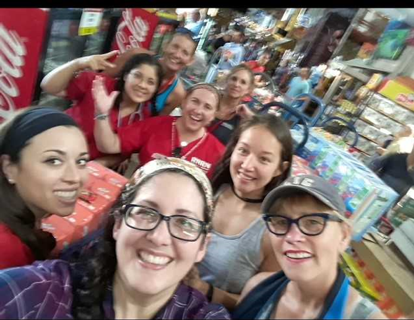 The Only Thing That Is Constant Is Change.

Life happens whether we want it to or not. Many things have changed in the past two years since I started this journey to obtain the MBA. The past two years are full of landmarks. I started working part-time at the jail. My oldest daughter started competition show choir with ETC; my husband works now for Cleveland Clinic; my mom sold her house in PR after living in the same house for over 30 years; I learned how to can tomatoes; and the tragedy of hurricane Maria happened, changing many of us.

We are learning in class about culture change and organizational climate. Culture is one of the most challenging things for an individual or an organization to change. It is ingrained in our fiber and our core. It makes you who you are. There are unwritten rules that must not be broken. I remember how difficult it was to adapt when I first came to the Mainland USA. I always referred to the process as a “culture shock.” I went from living in the suburbs of San Juan, Puerto Rico, to the multicultural ghettos of Detroit. The intangible differences ever so present were both frightening and fascinating at the same time. Initially, the process was painful. However, I was curious and willing to change. I had a purpose and a goal: to become a physician someday. I had to learn to speak English. No more thinking or writing in Spanish first and then translating. The process was painfully slow. As we say in the world of business, that was not a cost-effective process. To succeed in my classes, and in the USA, I needed to think in English. Eventually, I adapted and merged into the melting pot. Now, I don’t see the difference between the two languages; they complement each other. However, the process made me a terrible speller. Thank goodness for spell check and computers!

Organizations go through a similar process when you bring two or more companies together in a merger. To fully integrate all companies involved, they must go through the culture change process and emerge as a single entity – the birth of a new company. Some habits are harder to break than others. However, to merge the companies, you must acquire new habits compatible with the emerging culture of the new organization. To succeed, all parties involved must agree that the change is necessary for their survival. Otherwise, the merger will be incomplete, and unsuccessful if one party gets absorbed by the other or they separate into different entities. The book Leading Change by John Kotter tells us that eight stage processes help lead change with the following keywords: urgency, coalition, vision/strategy, empowering, short-term wins, consolidating, and anchoring. You need all eight to emerge victoriously. The other alternative is that the organization evolves. The individuals within either adapt or become extinct.

Ideals move the world. Pain and frustration, although typically considered negative qualities, can fuel the engines of change. Many of my new colleagues and new-found lifelong friends were Doctoras Boricuas first. We are part of the network of over 3000 nationwide physicians that stem out of the 70,000 worldwide 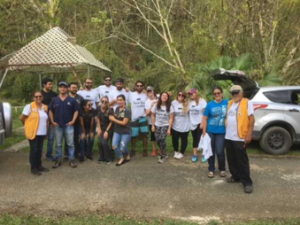 Physicians Moms Group or PMG started by Dr. Hala Sabri. Dr. Dalian Caraballo formed Doctoras Boricuas the day before Hurricane Maria hit the Island. I joined the group on September 20, 2017, and arrived in Puerto Rico on October 3, 2017, to find family, friends, and to help with anything I could. I found my family, rediscovered friends, made new ones, helped strangers along the road, and I had the privilege to serve next to my father. Puerto Rico Rise Up coalesced from our ideological vision for change and our honest belief that we are “Stronger Together.” We had innate urgency in the context of the human tragedies that hurricane Maria brought to PR.

Our ideals and values provided the glue for our organization. Our CEO, Dr. Sara Diaz brought us together. We all had the crazy idea that together, we can change the status quo, that we can change our world for the best. The ideals are more significant than us.

Vision is what keeps us together despite our different backgrounds, opinions, and way of doing things. We are learning from each other, and I genuinely believe that I am a better version of myself today, than a year ago. It is our little successes along the way, as well as, th 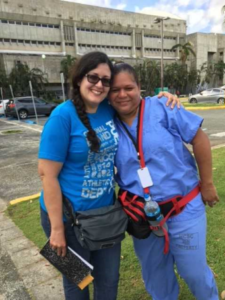 e mistakes we make, what shape us into a new us through our life journey. You cannot have one without the other. They complement the whole as the Yin and Yang. I don’t know how long the organization will last or how long I will be in it. All I know is that I am a better me from having been part of PRRU. I grew because through the organization I was able to turn frustration into action for a cause that I cared deeply. I also like to believe that we made a positive difference in someone’s world. And that’s my definition of success.