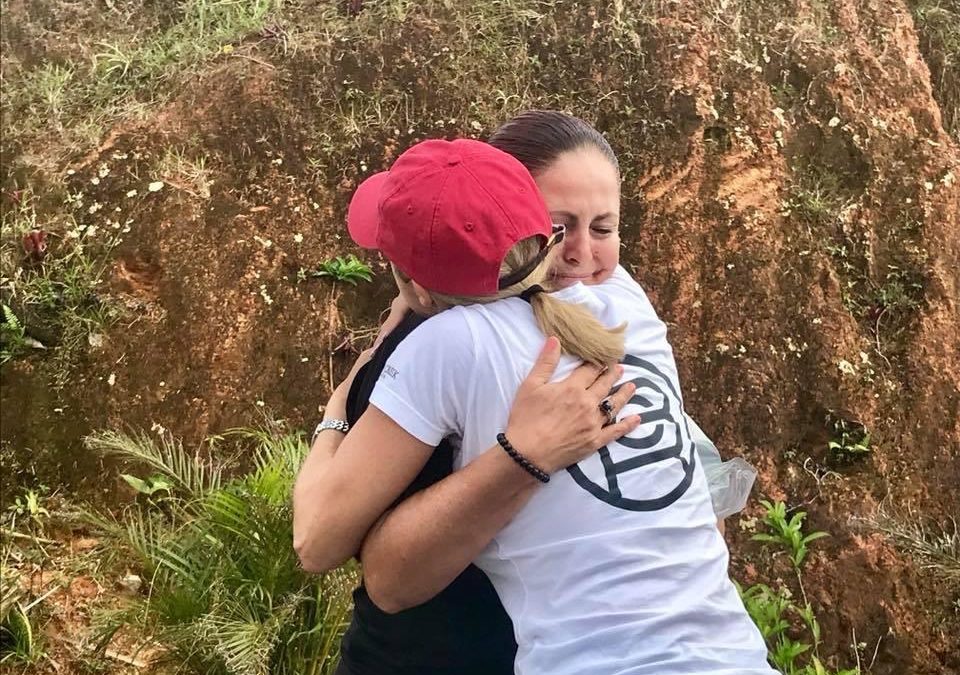 September 20th, 2017: a day that will forever remain in my memory. This was the day that Maria, the strongest hurricane to hit Puerto Rico (PR) in over 100 years, remained stagnant over the already weakened and struggling island. Like a video on replay, these words kept flashing through my head:

So many words and feelings flooded me. This was the day that disaster struck. This day will forever remain as a day of emotional trauma, to the point of physical pain. Puerto Rico was stripped of its landscape, revealing a reality that we had long refused to acknowledge. It was the day that I, a Puerto Rican woman, born and raised along with other natives living in the mainland, felt helpless. Too many logistical challenges quickly turned it into a political challenge, and the media lost focus. It is amazing how quickly people forgot and how much our leaders underestimated the impact. Meanwhile, an entire people choked under the red tape that burdened communities, and relief perished on our shores.

The Puerto Rican community faces an unmanageable challenge every day, filled with social injustices, hardships, and inequality that we have come to accept as “normal. My island home, a place that lives in the dichotomy of being and not being a part of the United States. We fight side by side with our American brothers, we carry the same passport, but we aren’t the same.

In testimony before the U.S. Senate Committee on Energy and Natural Resources in 1989, Jesus Hernandez Sanchez, counsel of the Puerto Rico Veterans Association, summarized Puerto Rican participation and sacrifice in service to the United States:

“A total of 192,000 “Puerto Ricans served in the United States armed forces in the First World War; the Second World War; the Korean War; and the Vietnam War… “Nine congressional medals have been bestowed upon our brave Puerto Ricans, who in self-sacrificing actions and with popular devotion, have given their life backing up the American ideals of liberty and equality.” Over 736 dead and more than 6,000 wounded in all these wars combined, not counting Iraq and Afghanistan. As of 2010, the Veterans Affairs Department listed Puerto Rico’s veterans at 116,029. More than 1,225 Puerto Ricans have died while serving for the United States.”

After the passage of Hurricane Maria, I felt so torn. I was conflicted but hopeful. I felt something different, amid all the disaster and heartache, I felt joy and fulfillment. Maria shook us all and challenged us to reinvent ourselves, like the tree that sprouted leaves in the spring. The drive and resilience we saw in our colleagues fueled a desire to help that has kept burning and spreading like wildfire.

I experienced firsthand what it feels to have everything yet be incapable of doing anything. Nonetheless, it was harder to be a mere spectator, so I rose, as did millions of people everywhere. Some without any ties to Puerto Rico, other than a caring heart and a genuine desire to help.

Strangers became friends, family; some people will forever remain a part of our lives and will be remembered for their compassion and relentless commitment to helping others in a time of need. I learned that “we are better together.” Every single person who contributed to the disaster relief efforts in PR, together, raised each other up. “What would you do if you know you could not fail?” I kept telling myself the wise words of Eleanor Roosevelt, a beacon of inspiration and a driving force. Puerto Rico Rise Up, Inc. (PRRU) was born from that movement because our homeland needs us to be the leaders of the future. Assertive women, doctors, mothers, students, business leaders, entrepreneurs, standing up for our womb. Telling our story and energizing others. Creating waves that travel the ocean and reach an island so far away.

Now we need you to support and help us fulfill our mission: to lift our children and families from desperation and give them the promise of a bright future, roof, education, nourishment, and LOVE. In one of the cards from Caravana NaviDar, one child at the orphanage wrote:

“because you could have done something else, but YOU CHOSE to HELP US.”

PRRU is the medicine we are called to practice to heal what afflicts PR. It is up to each of us to decide whether we will be in the forefront or stand in the sidelines.

Like the remarkable poem of the late Robert Frost, “Two roads diverged in the woods, and I took the one less traveled by, and that has made all the difference.” You, too can get lost in the woods with us and fill your life with joy. We HAVE DONE IT BEFORE, even through adversity, without communication and in darkness, we ALL showed up.  From sending a box of non-perishables to a cargo plane full of medical supplies.

Now, we fast forward to today: nine months after Maria, there are still thousands of families without power.  Schools are closing, folks are losing jobs and families are being separated. The nightmare is far from over. Harvard researchers opened our eyes to the worst of our fears in recent weeks.  4600+ deaths. How did this to happen? This is far greater than what we could ever understand and accept.

More importantly, how can we prevent it from ever happening again? Our duty as healthcare professionals is to strive to be better every day and to “first, do no harm”, as we vowed when we took the Hippocratic Oath.  But what about social justice? Should we be fueled by discontent for mistreatment and disregard by some of our fellow Americans in the mainland US, consumed by misconceptions and misinformation about our history, and continue to bystanders?  Or do we sit, reflect, organize, and strategize to prepare for the challenges ahead? By now you probably know our answer.

Our vision is a Puerto Rico where all people, in collective action, feel empowered and resilient, to create and seize high-quality opportunities – for themselves and for others – so that all individuals can thrive in a sustainable, prosperous and equitable environment. We are all PUERTO RICO and what happens to PUERTO RICO hurts us all. Distance doesn’t erase our history – it feeds our resilience, longing, and desire to fight for what we love, to be brave and raise our voices.

You can spend your expendable income on meaningless things that don’t bring you joy, an overpriced latte, a new purse, a gadget or you can make a lasting change – take it from your healthcare professionals at PRRU: giving makes you happier.

Want to be happy? GIVE!

Studies have shown that generosity makes you, and others around you, happy!